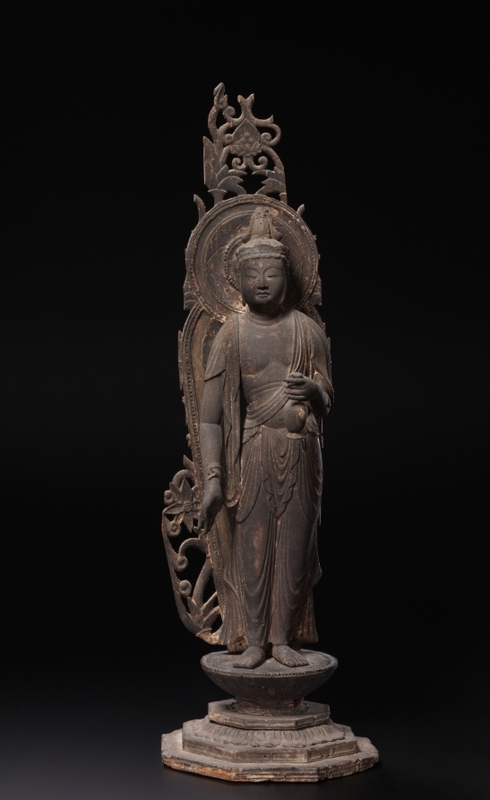 Japan, Nara Period (710-794)
Bronze with traces of gilt, Dimensions: 24 x 13.6 cm
Purchased from the J. H. Wade Fund
This statue was created in the Nara period of Japan, between 710 and 794. It is bronze, gilded. The interpretation of this statute begins with the head- the elongated earlobes, as well as hairpiece show the status of this Bodhisattva. The closed eyes shows that he is deep in thought. It is a common mistake to assume that this Bodhisattva is in prayer, but the positioning of his hands in addition to his facial features show that he is in fact thinking, and waiting. The legend of the Future Buddha is that he will be waiting up in Heaven to come down at the right moment, when Buddhism is no longer practiced.